“The Elder Scrolls Online officially launched on April 4, 2014 on PC and Mac,” reads the statement regarding Bethesda’s new MMO, “While it has become clear that our planned June release of the console versions isn’t going to be possible, we have made great progress, we have concluded that we’ll need about six more months to ensure we deliver the experience our fans expect and deserve.”

Users were quick on the trigger, grabbing a screenshot before Bethesda deleted the post which you can see here: 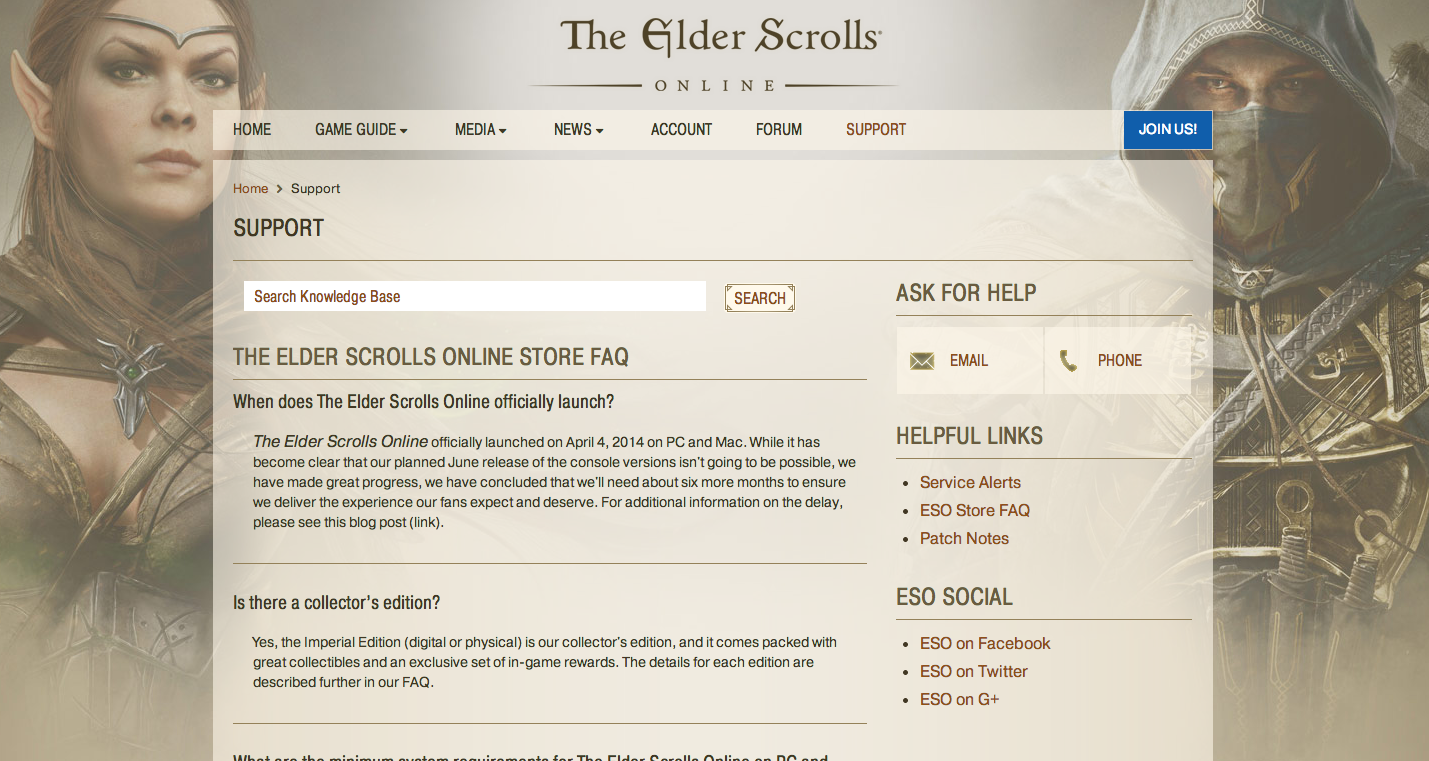 Given the mixed reception the game received, and the fanbases lukewarm reaction to the MMO, it very much looks like that Elder Scrolls Online may be dead on arrival when it finally hits consoles. This very well may coincide with an announcement to make this a Free-To-Play game, basically using the PC base as a beta test (much like Diablo 3 did). Given the bugs, glitches and lackluster reception, this could hardly be surprising.