A New Pokemon Game Is Coming To iPhone and Android

The Pokemon Company has announced that a brand new Pokemon game is coming to iPhone and Android in Spring of this year.

The game is called Splash! Magikarp and the teaser image below shows two holes that have clearly been created by splashing Magikarps.

We don’t know much about the game except for the fact that it is being developed by SELECT BUTTON Inc. This is not the same developer of Pokemon GO, so it’s not likely to be a similar Pokemon hunting game. 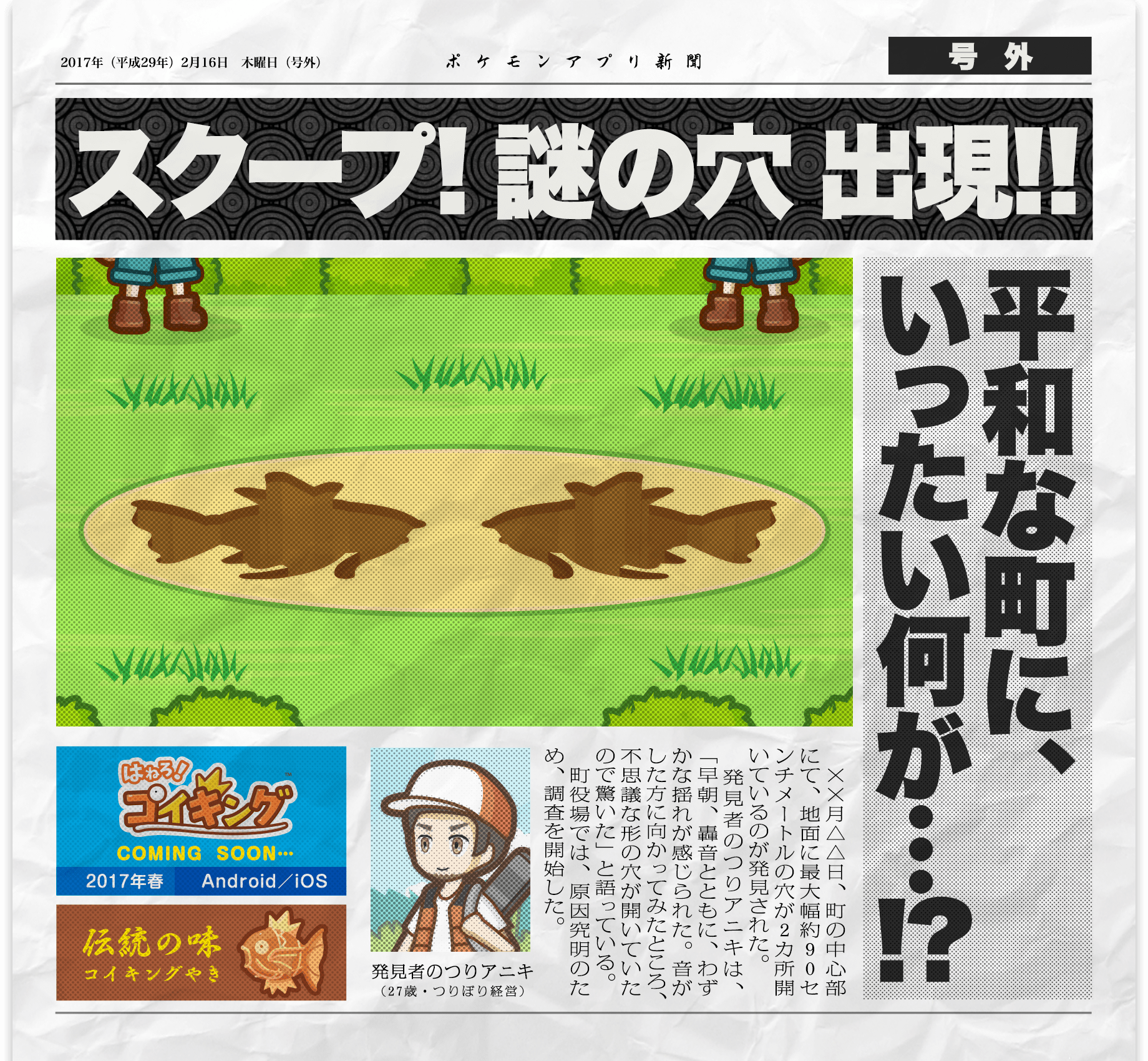