Developer Fntastic and publisher Mytona have announced, via a report on IGN, that highly-anticipated open world MMO survival game The Day Before has been delayed until March 1st, 2023.

The reason for the delay is that the team has made the decision to pivot development to Unreal Engine 5, which it claims will result in a much better game experience.

The full statement says, “Millions of people have added The Day Before to their wishlist, making The Day Before one of the most anticipated games in the world.

“Feeling and understanding the great responsibility that we face, with enormous gratitude in our hearts, were pleased to announce that The Day Before is switching to the new Unreal Engine 5 technology! The transition to a more advanced and adapted open worlds engine, will make the gameplay of The Day Before even more fantastic.

“In this regard, we inform you that the new release date of the game will be March 1st, 2023.” 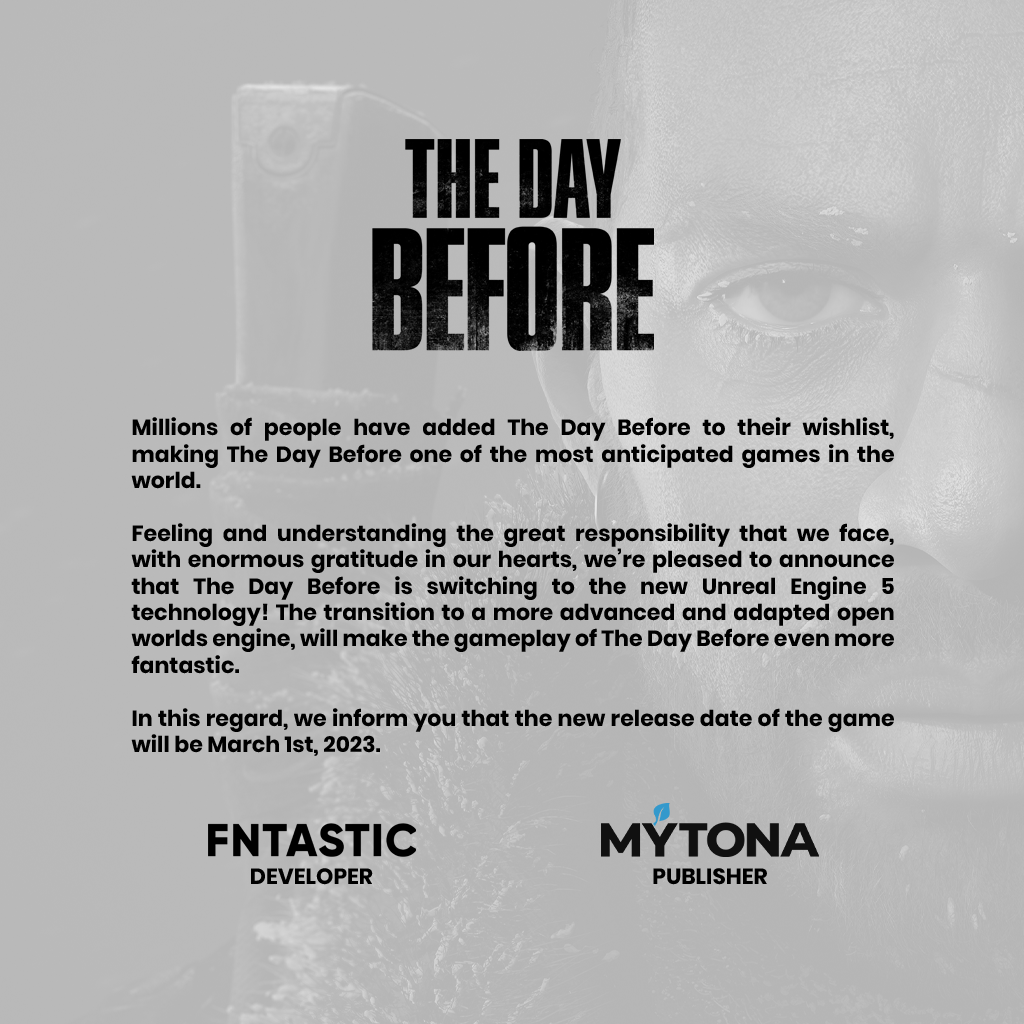