Fortnite Mobile Has Earned A Whopping $25m In Its First Month

During its first 30 days, Fornite Battle Royale grossed an insane USD$25 million on iOS devices, despite the fact that it was exclusively invite-only for a substantial portion of that period.

This information has been provided by app data specialists Sensor Tower who also predict that if the game launches on Android devices mid-year, Fortnite could gross more than USD$500 million by the end of 2018 across both platforms. Additional statistics show that in the U.S., Fortnite has been second only to Netflix in terms of the amount of time iPhone users have spent using the app this month. 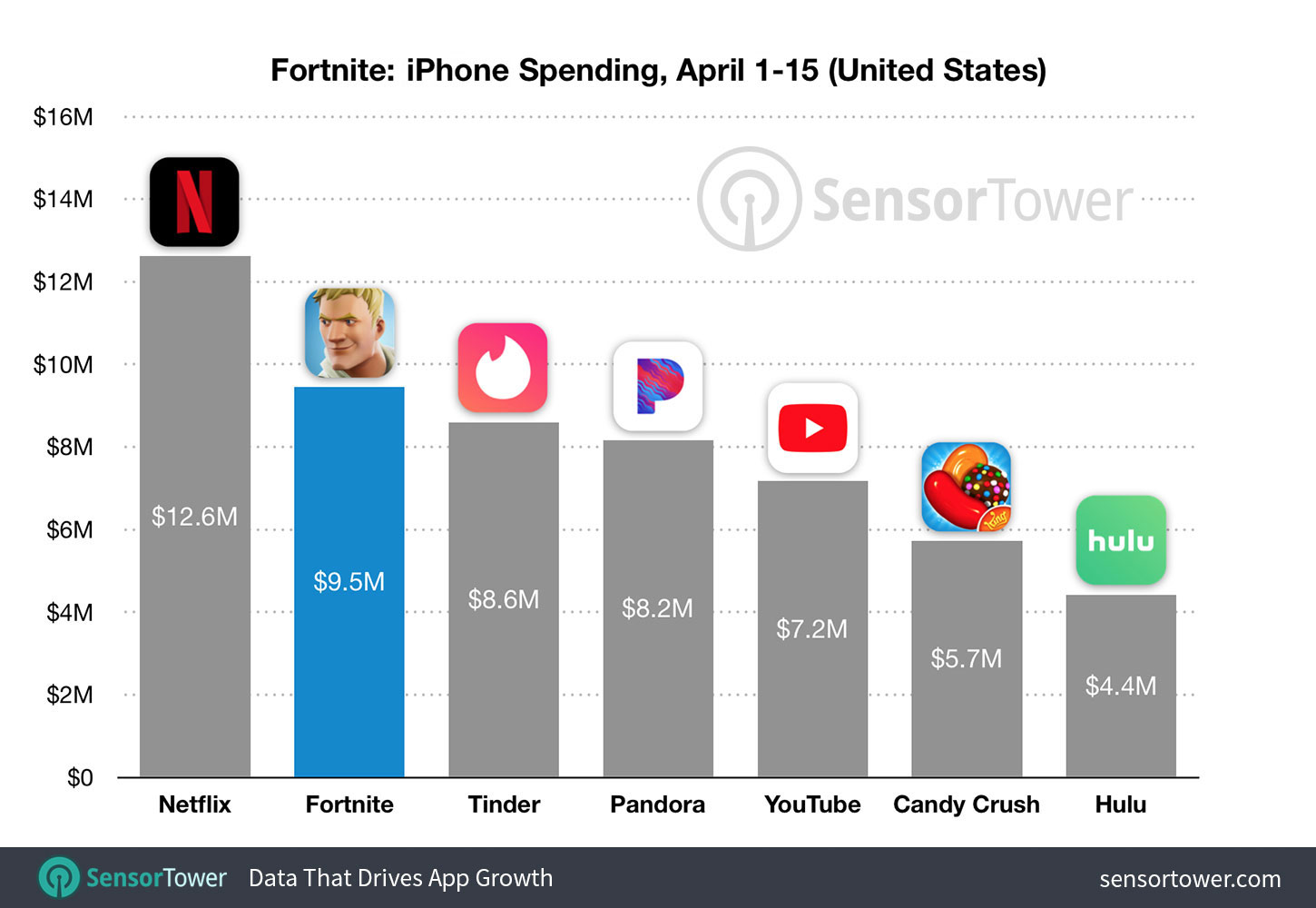 Epic has not yet announced when Fornite will be available on Android devices but it will be available sometime this year. Until then, Fornite Battle Royale is available for free via the App Store for iOS11 users with iPhone SE, 6S, 7, 8, X; iPad Mini 4, Air 2, 2017 and Pro.