In the wake of Sony’s announcement of their Pro version of the PS4 supporting upscale 4K, and Xbox also pulling out the supposed upscale 4K with their One S, it begs the question, what exactly is upscaling and how is it different to native 4K resolution? First of all, what is 4K? 4K basically refers to a display resolution of 4000 pixels horizontally and 2000 pixels vertically. Right now the industry standard for consumers is 1080p, which refers to 1920 pixels horizontally and 1080 pixels vertically. What this means is basically a resolution that’s nearly four times the detail of today’s industry standards.

Native 4K is still in it’s infancy and thus very expensive to maintain, as you need a powerful PC rig to output at 4K natively, not to mention having a monitor/TV that is capable of displaying 4K. Therefore, that’s where the current technological trends for gaming lies; in upscaling.

This begs the question: what’s the difference between native and upscaling?

Upscaling is simple: it means taking a source that isn’t full resolution, and outputting it to a full resolution source. Essentially, it’s mimicking 4K resolution without the original source being 4K. For video games, stretching a 1080p game to four times the resolution will obviously come out badly, so what current technology allows for is ‘interpolation’. Interpolation refers to a mathematical standard where the original source is filled with intermediate pixels to fill the dead space, therefore upscaling the image to a 4K standard. It’s not always accurate, and simulating the missing pixels come at a cost of additional blurriness and colour loss. Because the amount of detail remains the same in both images, it should be noted that upscaling 4K won’t improve upon the detail that much.

On the other side of the coin is nNative 4K. Native 4K is simple enough: it’s basically the original source that’s already at a 4K quality standard. Walk into any electronics good store and notice the crispness of the demos running on any 4K television: this is 4K native content, built specifically to show off the full resolution of 4K, and there is no way your Xbox One S or PS4 game will look as clear as that, not yet anyhow. Don’t be fooled by the fancy tech: 4K for gaming as an industry standard is at least a generation away.

Generally, the closer you are to a screen, the more details you can pick out, and therefore there is a sense of diminishing returns the further away you are from your TV/monitor. Even with 20/20 vision, sitting five minutes away from a 60 inch 4K TV won’t make enough difference to justify the purchase. The leap from Blu-Ray to 4K is also less of a leap that standard definition to HD was. 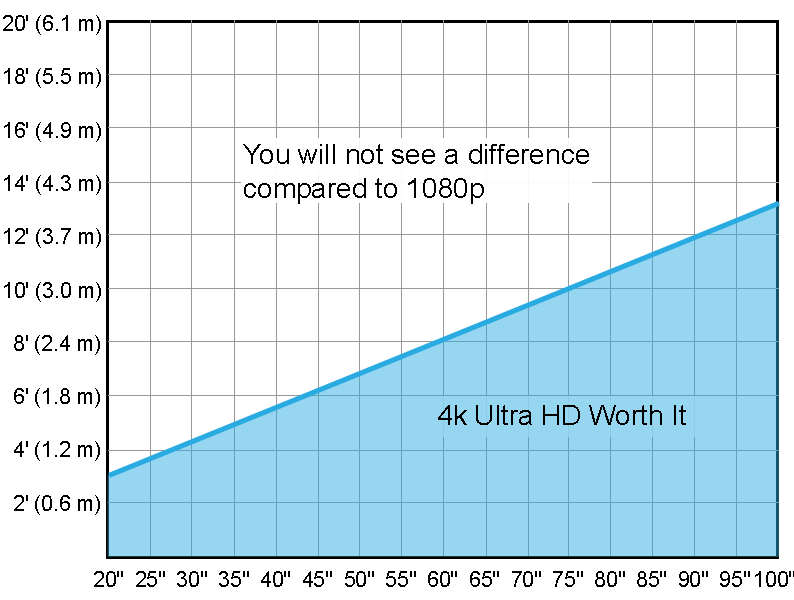 Both the Xbox One S and the PS4 Pro have 4K upscaling capabilities, while the rumoured Xbox Scorpio will have native 4K capabilities.

WHAT DOES THIS MEAN FOR THE CONSUMER?

4K upscaling is actually useful as a backwards compatibility measure, as games and older media do end up looking clearer and better than the original resolution. Upscaling is also a perfectly reasonable stopgap, as native 4K is still a while away.

In the end, it’s just another step in the progress towards better graphics, smoother performance and higher resolutions. 4K TV prices are quickly dropping so it looks more and more likely that 4K will soon become the industry standard.

XBOX ONE S OR PS4 PRO

In the end, both offer upscaling 4K, but the One S does offer media playback of physical 4K content like UHD Blu-Rays, while the PS4 Pro only supports 4K streaming. However, there have been confirmed reports of games that will run natively 4K on PS4 Pro (such as Elder Scrolls Online and The Last Of Us), which will look far superior with a native 4K resolution. While neither console provides the perfect 4K experience, it seems the PS4 Pro has the slight edge by providing native 4K resolution for at least a few games.