Resident Evil VII Is Getting An Epic SteelBook Edition

UK’ leading games retailer GAME has already confirmed that they will be exclusively stocking the Steelbook Edition of Resident Evil VII: Biohazard. Though Australian retailers have not yet confirmed that we will also be getting the Steelbook Edition, other non-US regions such as France and Austria are also stocking the edition, suggesting that it’ll make its way down under for the game’s scheduled release on January 24, 2017.

It’s not yet known whether this will make it’s way to Australia but we’ll keep you posted. 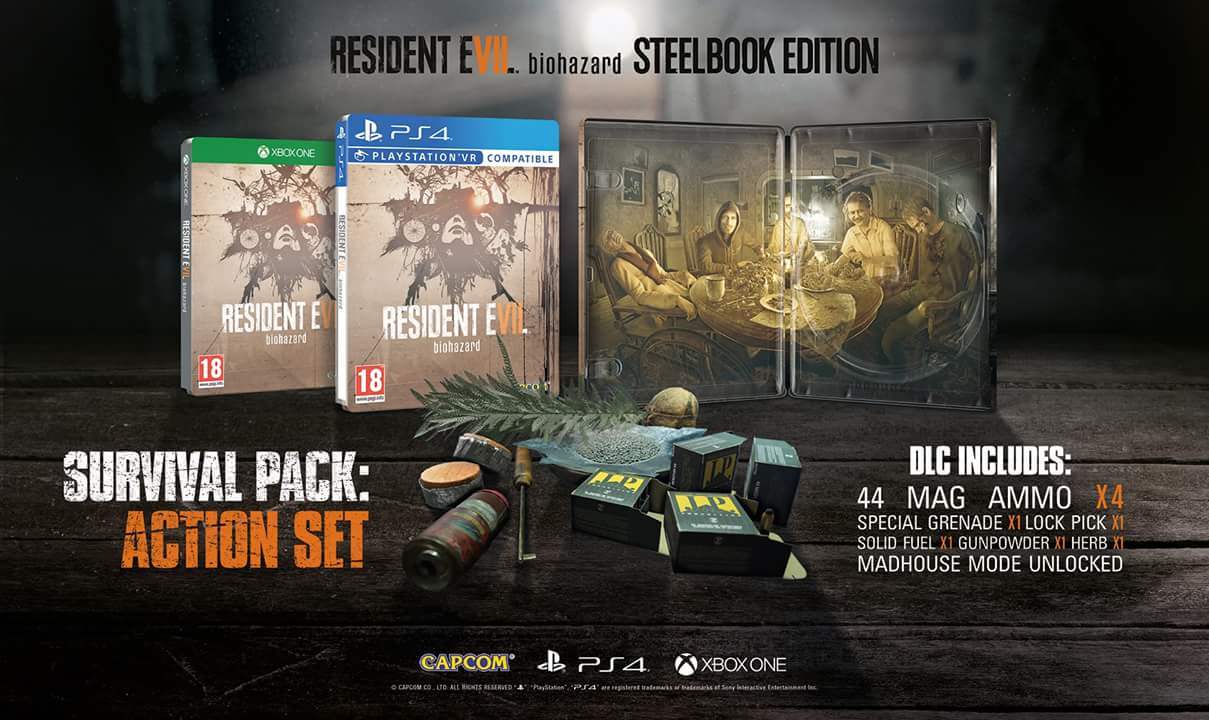 Though the original listing has since been removed, the preorder bonuses listed on the UK retailer’s official website include the “Survival Pack: Action Set” which appears to consist of ammo for a .44 magnum, a special grenade, a lock pick, solid fuel, gunpowder, herb and an additional “Madhouse Mode” unlocked.

It’s possible that the inclusion of gunpowder and solid fuel suggest some sort of crafting mechanic in Resident Evil VII: Biohazard, something we haven’t seen in the franchise since Resident Evil 3: Nemesis. In Resident Evil 3, gunpowder was combined with the reloading tool to craft ammunition for various weapons and perhaps it will play a similar role in the latest instalment of the Resident Evil series.