Blizzard today unveiled the final rosters for the upcoming Overwatch World Cup, including one team made up of top players and personalities from Australia and New Zealand.

The roster announcement comes after a voting period, wherein the Overwatch community  voted on the most popular and skilled players in each region.

The ANZ team will join more than 50 other teams from across the Americas, Europe and the Asia Pacific region in a tournament which will play out online over September and October. The top teams from each region will then play out the finals live at Blizzcon in November. 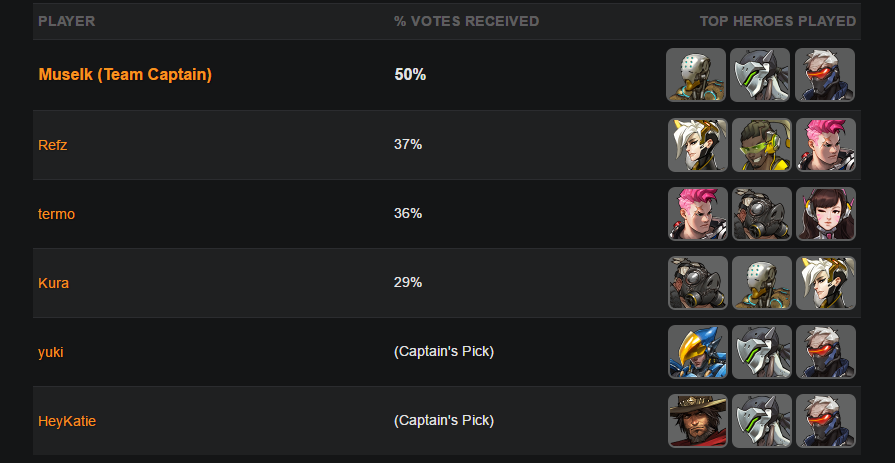 The ANZ roster is captained by popular Youtuber and Twitch Streamer Muselk, who first rose to fame playing the spiritual predecessor to Overwatch, Team Fortress 2. His popularity online garnered him the lion’s share of votes at 50% of all votes cast in the region

The other three voted players are known more for their experience with top level Overwatch play. Refz is well known for his support play on the team Untitled Spreadsheet, while termo of Chiefs ESC brings great tank play to the squad. The last voted player kura brings a second support to the team, a player who previously picked up experience in team Mumble Chocks.

As part of the roster format, captain Muselk also chose two more players to round out the ANZ team to the standard competitive six. Both players chosen by him will almost certainly play the DPS roles in the team’s lineup, with yuki and HeyKatie both playing those roles in their respective teams Untitled Spreadsheet and Chiefs ESC.

Of the lineup, Muselk is the only one who has yet to play Overwatch at the top competitive level, although his ranking in Season 1 still placed him in the upper echelon of players. In all likelihood, Muselk will balance out the ANZ roster by playing the second tank hero for the team.

The ANZ roster has recieve dan automatic invite to Blizzcon. Other teams across the region will battle in a round robin tournament to determine who will be invited to the finals.